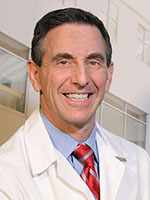 Throughout his career, Dr. Josloff has been dedicated to surgical education and is currently the Program Director for the General Surgery Residency Program at Abington Hospital. As a general surgery resident, he was named the Rosenfeld Surgical Scholar; as a staff surgeon he has received the Department of Surgery Medical Student Teaching Award multiple times. Dr. Josloff has authored several articles in peer-reviewed journals, including the American Surgeons, the American Journal of Surgery, Archives of Surgery, Gastrointestinal Endoscopy, Journal of Trauma, Journal of the Society of Laparoendoscopic Surgery, and Surgical Endoscopy, Hernia, and Surgery Obesity and Related Diseases. He has also contributed to the following textbooks: Surgical Laparoscopy, Operative Laparoscopy and Thoracoscopy, and Minimally Invasive Surgery: Principles and Outcomes. He has been the author and co-author of numerous regional presentations, including meetings of the Southeastern Surgical Congress, the Frederick A. Coller Surgical Society, and the 12 th World Congress of Laparoscopic Surgery of the Society of American Gastrointestinal Endoscopic Surgeons, and “Hernia Repair 2010” of the American Hernia Society. He is a Fellow of the American College of Surgeons, and sits on several national committees for organizations including the Society of American Gastrointestinal Endoscopic Surgeons and the Association of Program Directors in Surgery.